The kitchen is where we cook and sometimes eat, so cleanliness is a must

And with the cooking process comes a lot of washing. So, keeping a soap dispenser in the kitchen is the norm.

Kitchen dispensers have a pretty simple structure. And these tools release soaps on some sort of human contact. However, even these simple tools can go out of order.

And believe us you don’t want to end up in a ‘kitchen soap dispenser not working’ scenario.

This problem can happen because of 5 reasons. And here we will address all the five problems. Moreover, we will give simplified solutions to those problems.

Now, buckle up and get going with the details-

Problem 1: The Soap Pump is Not Pumping

Sometimes the dispenser looks good from the outside but it stops pumping soap. This is one of the most common issues of soap dispensers. So, how to solve it?

Well, just follow our step by step process and it’ll be ready in no time. Here are the steps-

We know that it’s obvious. But don’t get all pissed off right now. Sometimes, the soap solution just clings to the wall. But actually, the soap level goes down too low. So, it’s better if you peek directly into the bottle.

Sometimes, the thickness of the soap becomes too much for the pump. So, it fails to bring out soap in one press. If you give a few extra presses, then the soap may come out.

if the previous steps didn’t bring your dispenser to life, then it’s time to go real. Every dispenser has the option of removing the pump. So, figure the process for your dispenser and do it.

Take a bowl of mildly warm water. Take the separated pump underwater and start pumping. Do this for 15 minutes.

Once the pump starts moving, take it out of the water. Start pumping it on the air so that the water inside gets flushed out. Next, put it back in the dispenser and start using it.

This means that your bottle is leaking soap. And if this problem arises, then you have two options. You can either try to fix the broken bottle or you can replace the bottle.

We will help you with both the approaches. So, no worries. Just make up your mind and follow our suggestions-

Most of the soap dispensers are made out of plastic. So, if you can find out the exact broken spot, then it’s pretty easy to fix it.

Once you find the broken spot, clean it up with some dry clothes. It’s better if you clear out the soap from the dispenser. Once, you’re done preparing, fetch a Krazy glue pen.

Next, apply the glue along with the cracks. Hopefully, the glue will seal the cracks on its own. Test the sealings by pouring in some water.

If the glue alone doesn’t work, then fetch a plastic sheet and glue it on the cracked dispenser wall.

Here we’re assuming that you’ve already got yourself a new bottle. If not, then order up a new one.

Once you’ve got the bottle at hand, get to work. At first, reach the old bottle under your counter or sink. Then grab it and twist it counterclockwise. After it comes off, insert the new bottle in its place. Twist it clockwise.

However, don’t tighten it too much.

This problem is a bit uncommon. However, if this happens then try to locate the exact location.

The head can break off in three places. The spout tip, soap head base and broken pump tip are the most pressured areas.

However, the solution varies from place to place. Now, let’s look at the exact solutions-

Here you cannot do much. Changing the dispenser head is the only solution here. Try to find the exact looking dispenser head. If you don’t find any, then it’s time to change the whole dispenser pump.

This is the spot where the whole pump connects with the main dispenser. So, here the only solution is to replace the whole dispenser. Because even the new pump won’t connect with the bottle without that specific location.

Here you’ll need a new pump. However, if you cannot grab and pull up the broken part then just replace the whole thing.

Sometimes, the trigger doesn’t go up after a press. This means that your dispenser pump has problems.

Most probably, the spring in your pump has lost its tension. Or it could be forced into an unwanted position. So, how to fix it?

Try to access the insides of the pump. If there’s no way to do that, simply replace the pump.

So, why does the pump move? Well, the most logical reason is installation blunder. So, to fix the problem, you have to reinstall it.

This time install the dispenser slowly and carefully. Make sure that the bottle and pump stay straight while tightening the bottle.

Hopefully, your dispenser will work properly from this point. If it doesn’t that probably you have any of the above problems.

Don’t overflow the dispenser by fulling it to its teeth. Leave half-inch space at the top of the bottle. This will allow the pump to work properly. And you’ll get fewer problems.

We’re at the end. Hopefully, you’ll solve your ‘kitchen sink soap dispenser not working’ – issue. To be honest, the whole process is pretty easy once you know what to do. However, make sure to keep your eyes safe while working with the soap dispensers.

Check other resources related to kitchen :

2. How to Choose the Best Carbon Steel Woks and How to Season and Take Care of This? 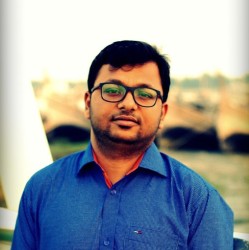 Latest posts by Author (see all)